Where does your electricity come from?

Where would we be without electricity? Most of us take electricity for granted without ever thinking very much about where it comes from. We only think about it when we have a power black-out during a storm or cyclone. When the power stops, our lives almost stop as well, as almost everything we do in our homes and workplaces involves the use of electricity. Even though humans have survived since time immemorial without electricity, our everyday lives these days are centred on the use of electricity as our principal energy source.  Electricity supplies us with energy, heat, water, communication, entertainment and food preservation. Read further about Australia’s energy system and learn where our electricity comes from. 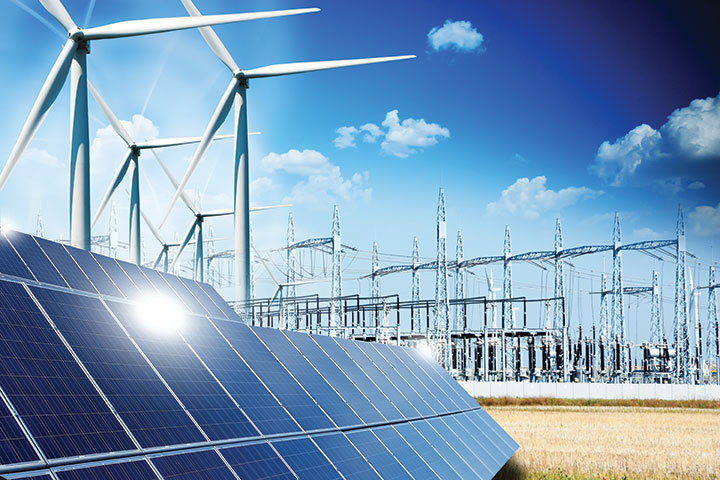 (Also called a finite resource) Australia has an abundance of non-renewable power sources. These sources of energy are those that will eventually be used up. The non-renewable sources, which are the fossil fuels, coal and natural gas supply 76 percent of Australia’s power.

Renewable sources are continuous and are never depleted. The renewable sources, hydro-electricity, bioenergy, wind and solar supply the remaining 14 percent. Demand is increasing as Australia’s population and economy increase. Up until the present time, demand for electricity has largely been met from fossil fuels. Australia has a plentiful supply of low-cost coal which is used to generate the greater part of our electricity needs.

Renewable power sources have been steadily increasing as a means of electricity generation.

Wind power is used to produce electricity using a large wind turbine connected to a generator. Wind turbines are the least reliable means of producing electricity, as obviously, they will operate only when the wind is blowing at a sufficient strength.

Solar power is the most reliable source of renewable power in Australia as we have abundant sunshine. A solar power system uses solar panels placed on the roof of your home or place of business. These panels absorb the sun’s energy converting it into DC electricity. This is then directed to a solar inverter which converts it into AC electricity which can be used in your home.

Bioenergy is electricity produced by using the energy which is stored in organic matter. Being a very flexible energy source, it can be stored and can become a backup to solar and wind-generated electricity as it doesn’t depend on the weather. This means of electricity production contributes only 1 percent of the electricity needed for Australia’s energy system.

If you have a power outage and need a reliable electrician on the Gold Coast, contact Prompt Electrical on 0411 728 572. We specialise in residential electrical, renovations, lighting, smoke alarm installation & maintenance, safety switches and much more.